R&D credit and other extenders that help manufacturers

Thomas Edison made 1,000 attempts before he successfully created the light bulb. That seemingly small item transformed our standard of living and led to tens of thousands of other new products. 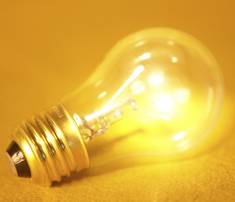 Perhaps the process would have been faster if Edison’s efforts had been supported. The legendary inventor began in poverty and created his first innovations after working 12-hour days.

With a desire to foster potential breakthrough inventions through research and development, the U.S. government instituted the R&D tax credit in 1981. The provision was renewed in late 2014 for use in that tax year.

Congress has extended the R&D credit 15 times since 1981. Manufacturing groups are lobbying for permanent enactment rather than yearly extensions.

Since it is a credit, this provision allows a portion of qualified costs to be deducted from federal and state taxes owed. For those with partnerships or LLCs, this credit flows through to the personal return. Form 6765 is used to claim and calculate the credit.

Small companies often don’t claim this credit, perhaps believing wrongly that they must have a separate R&D department. Improvements in products and processes are allowed, as well as new inventions. To qualify, activity is subject to a four-part test:

Since processes qualify for the credit, many companies are probably engaging in activity that can be claimed. For example, they may be evaluating new materials, modifying production lines or developing new facilities.

Another misconception is that start-ups and companies with little revenue or losses don’t qualify. Yes, you must show a profit to be able to use the credit, but there is a 20-year carry forward period. That means R&D today can reduce your liability years into the future.

Many people also regard R&D as the province of laboratories and huge factories. In reality, industries not considered especially high-tech are also candidates for credits. These include dairy farming, brewing, construction and poultry.

To use the credit, companies must capture and document R&D activities and costs. The simplest method of calculating the credit is the alternative simplified credit method (ASC), which averages three years of expenses. This requires going back three years to calculate a basis for the credit.

Allowable costs include wages, supplies, computer lease or rental and some contractor expenses. The work must be performed in the United States to qualify.

About 70 percent of the credit is used for wages paid to highly skilled R&D workers. Proponents believe that the credit not only helps the United States stay competitive, it creates high quality jobs.

Another tax provision renewed in 2014 is the Section 179 deduction, which allows accelerated first-year depreciation on purchases of equipment, machinery, office furniture, qualified vehicles, computers and software.

In the 2014 tax year, this means up to $500,000 can be written off as an expense, as long as the purchase is put into use during the calendar year.

In general, the property must be used at least 51 percent of the time for business purposes. If you spend more than $2 million in one year, then the amount you can claim with Section 179 is reduced.

Upon hiring a qualified person, a notice must be filed with your state’s workforce agency. The size of the credit depends on the group hired as well as length and total hours of employment.

Presently, employees who are veterans or long-term TANF recipients qualify for the largest credits, up to $9,600 and $9,000, respectively.