Realtors take steps to protect themselves as crime rises

When you think of dangerous occupations, firefighters, police, high-rise construction workers might come to mind. 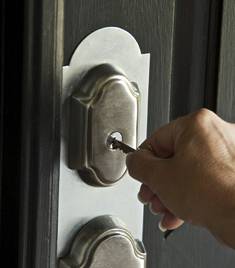 But, real estate agent? The person selling you your house? Not typically an occupation near the top of the list. But maybe it should be.

The recent murder of a popular Arkansas real estate agent drew attention once again to the innate danger of agents who work alone in empty houses with clients they may not have even met. The alleged killer in the case told reporters last September that Beverly Carter was targeted because “she was a woman that worked alone – a rich broker.”

In 2013, 63 people in the real estate, rental and leasing professions were killed on the job. Of those, 25 were homicides, 14 were driving related and 21 were slips or falls, according to the Bureau of Labor Statistics.

Landlords and property managers are included in the category, and some of the homicides were by tenants killing their landlords.

Violent crimes against real estate agents are on the rise again after falling to an all-time low in 2005. Four percent of Realtors report being the victim of crime on the job, and 40 percent say they’ve been in a situation where they have feared for their safety, according to a new study of 3,000 Realtors by the National Association of Realtors.

The agents most often found themselves in fearful situations at open houses, showing vacant or model homes, showing property in remote locations and working with properties that were unlocked or unsecured.

“It’s important to know how safe or unsafe our members feel, what causes them to feel unsafe, and what steps they are taking to keep themselves out of harm’s way so that we can respond and provide the best tools tailored to our members’ personal safety needs,” says new NAR president Chris Polychron.

The study found that about one-third of agents carry a weapon to protect themselves. Men tend to carry a gun, and women pepper spray.

More than half the time, agents said they insist on meeting clients they don’t know at the office first.

About one-third of the survey respondents have taken a self-defense class, and 13 percent use a smart phone safety application to track their whereabouts and alert the office in case of emergency.

While nearly half said their brokerage has standard safety procedures in place, the rest said that their firm had no safety measures in place or they weren’t aware of them.

The National Association of Realtors is continuing to expand its safety program, which includes webinars, safety materials and applications. In the survey, 18 percent of respondents said they had participated in an NAR safety course.