Rents up, vacancies down in strong apartment market

As apartment vacancy rates dipped to the lowest levels this century last year, 2015 is expected to remain strong in the multifamily market, though construction is expected to level off a bit. 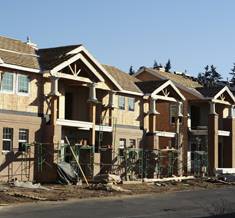 The national vacancy rate of apartments dropped to 4.2 percent in 2014 and ended the year at 4.7 percent, according to the Marcus & Millichap real estate investment firm. Home ownership dipped to a 19-year low of 64.4 percent in 2014.

New apartment units opened in 2014 numbered 238,000, a 14-year high, Marcus & Millichap reported. Most of those new units were immediately swallowed up by pent-up demand as people continue to rent because they can’t qualify for mortgages or are gun-shy about buying because of the recession.

In addition, as the unemployment rate continues to drop, more young people who have been living with their parents are expected to move out on their own as they get more longevity at their jobs.

In today’s post-recession world, more big city dwellers rent than own in nine of the largest 11 American cities, a drastic change from before the recession, according to a new study by New York University’s Furman Center.

Rents have continued to climb during the past few years. Median gross rent in the United States, according to the Census Bureau, was $905 in 2013, a 1 percent increase over the previous year. Average rents are higher, but perhaps not as reflective, at $962 a month.

Figures for 2014 will be announced by the Census Bureau in September, but Reis Inc. reports that rents increased an average of 3.5 percent in 2014.

The NAHB warned that builders in some areas face some challenges, particularly with increasing costs of materials and labor shortages.

New trends in apartment development, according to NAHB, include energy-efficient appliances and mechanical systems and green roofs. Open floor plans with high-end finishes similar to custom homes are becoming more popular, as are larger bathrooms with separate shower and tub.

Among unique features some builders are adding are storage rooms for bicycles and dog grooming areas.