Small appears to be the trend of the year as interest in downscaled living and work spaces rises. 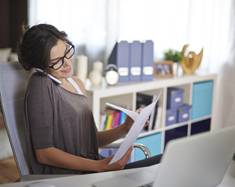 Builders and landlords, especially those who invested in high-end real estate, are beginning to take notice as metropolitan areas like New York are finding a mismatch in availability and demand.

A commercial real estate competitiveness study prepared for the city two years ago found that while demand for Class B and C offices was rising, the amount of space available was decreasing.

This is in large part due to high growth companies seeking space, making up 25 percent of tenants, while traditional finance industry tenants have declined. The study defines high growth industries as “healthcare, education, technology, advertising, business services, consulting, nonprofit and R&D.” In addition, landlords are converting Class B and C space into residential units, often considered the highest and best use.

In addition to economic reasons – keeping rent low – work style is also an influence. Many companies prefer collaborative workspaces, namely one large room filled with desks. Rustic and basic aren’t drawbacks but are embraced as suitable for creative endeavors.

Employees tend to be in and out, working from home and on the road, so shared work stations are replacing permanent desks. Advances in technology have also decreased space requirements. Laptops, cloud storage and remote shared printers are examples.

High growth industries are often reluctant to sign long-term leases, since they may be in the start-up or growth phase of their enterprises. This is another source of conflict with landlords who, of course, want long-term tenants. Some Manhattan landlords are adapting, however, by offering six-month leases and rents that are also mini – well under $1,000 a month.

Another option for entrepreneurs and very small companies is to rent space as needed in collaborative offices. Examples are WeWork and DeskHub. Both have locations in major metro areas such as Atlanta, Chicago and Boston.

Tenants have access to workspace, conference rooms, common recreation areas, even beer on tap and coffee. Arrangements can be by the day or long-term. Some, like Opportunity Hub in Atlanta, provide business start-up services and access to investors.

In tandem with smaller offices, there is a concurrent shift toward what is being called micro-apartments. Although cramped (and expensive) apartments are a common part of New York City living, other cities are adjusting regulations to allow small spaces. Seattle, San Francisco and the District of Columbia are allowing 220 square foot units, with private kitchen and bathrooms required.

Several demographic trends are driving this interest in smaller dwellings. Millennials – those born between the early 1980s and early 2000s – are marrying and having children later in life and are more likely to live in urban areas rather than the suburbs.

The economy is also a factor. More people are renting and for longer periods. Apartment costs are generally high in cities. This fact, plus small household sizes, has created demand for right-sized living.

Lower rents are a key factor but so are access to amenities and privacy. Studies have found that young professional singles under 30 are the predominant renters of micro units. Walkable communities offering restaurants, retail, recreation and peers are preferred locations, and being near jobs and public transportation are also pluses.

The study found that certain features add to the livability of tiny spaces. These include large windows, high ceilings, built-in storage and flexible furniture and work space arrangements.

Comfortable common areas for hanging out with friends and other tenants are also important. Developing and operating micro units is more expensive, but the premium per square foot makes up for the added cost. Occupancy rates for one bedrooms were also uniformly higher across the country in 2013, as high as 96.1 percent in the Northeast. Occupancy was also higher for units under 600 square feet.

The architectural and design community is embracing the challenge of tiny but livable spaces. Students from the Savannah College of Art and Design created a series of 135 square foot show units in an Atlanta parking structure.

This enthusiasm validates that they are indeed the target market for micro-units. Many of them will probably also work in a mini-office as they gain employment in high growth industries.