Baby Boomers looking forward to retirement who are concerned that there won’t be enough money in the Social Security fund to cover their checks can stop worrying – at least for a couple of decades, according to the recently released annual report of the U.S. Treasury. 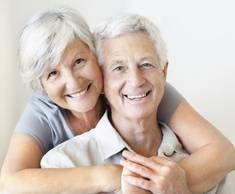 Social Security’s retirement funds are sufficient through 2033, and Medicare also has enough funds through 2030, the report said.

The 2033 projection for depletion of the retirement and disability fund is the same this year as it was the last. After 2033, the dedicated payroll tax will be sufficient to fund three-quarters of scheduled payments until 2088 with annual income coming into the fund. Legislation would need to be enacted to restore long-term solvency by that time.

But Social Security’s separate disability insurance fund is expected to be depleted in 2016, after which dedicated revenues are projected to cover only 80 percent of scheduled payments. Legislation will be needed to address the imbalance, the report said.

Taken in combination, Social Security’s retirement and disability programs have dedicated resources sufficient for the next 19 years, the report said.

When the disability insurance program began in 1966, about 1 percent of the population received disability insurance benefits. Today, nearly 5 percent of the working-age population receives it, in part due to such demographic factors as the aging of the Baby Boom generation, the increase in women’s long-term employment, which qualifies more of them for disability, and the declining job opportunities for older workers during recent years.

The fund has also become the target of widespread abuse as some workers are suspected of exaggerating the extent and length of their injuries to collect disability payments.

The money is placed into two trust funds:

In 1982, the OASI trust fund was nearly depleted. Congress enacted emergency legislation that allowed borrowing from other federal trust funds, and no beneficiary was shortchanged. Legislation was later enacted to strengthen the OASI fund.

The borrowed amounts were repaid with interest within four years, the Social Security Administration reported.

The Medicare Insurance Trust Fund will have sufficient funds to cover its obligations until 2030, 13 years later than was projected prior to the Affordable Care Act. After 2030, 85 percent will be covered, declining slowly to about 75 percent by 2050, the report said.

Part B of Supplementary Medical Insurance, which pays doctors’ bills and other outpatient expenses, and Part D, which covers prescription drug coverage, are both projected to be financed into the indefinite future because current law automatically provides financing each year to meet the next year’s expected costs, according to the Treasury.

But as the population ages and healthcare costs rise, costs are projected to grow steadily from 1.9 percent of GDP in 2013 to 3.3 percent in 2035 to 4.5 percent by 2088. Roughly three-fourths of these costs will be financed from general revenues and about one-quarter from premiums paid by beneficiaries, the Treasury report said.