More than 36 million Americans over the age of 65 receive Social Security. Female beneficiaries account for 56 percent of that total. 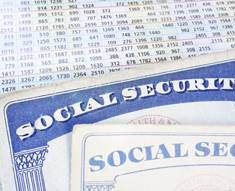 Because women have longer life expectancies than men, that percentage jumps to 67 percent by age 85, according to the Social Security Administration.

Women are less likely than men to have income from pensions, although Americans who have pension income in their old age today number only about one in four – 23 percent of women as a worker or survivor and 27 percent of men.

Couples and men over age 65 count on their Social Security checks less, but it is still a substantial part of their income – 30 percent for couples and 36 percent for men.

One aspect of the Social Security system that helps many women and other lower-wage workers is that it is progressive, so low-wage workers receive higher benefits in relation to earnings than higher paid workers. The system is neutral in terms of gender and treats individuals with identical earnings the same.