Student loan debt is having a big impact on the real estate market as many young buyers say their college loans have delayed their saving for a home. 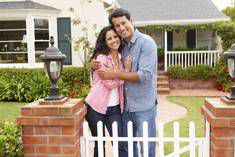 That is one of the findings of a new study by the National Board of Realtors on generational trends in home buying.

The Millennial Generation (sometimes known as Generation Y), age 33 and younger, is the largest group of home buyers, purchasing 31 percent of homes nationwide. Most are first-time buyers and at least one in five struggles to save for a down payment, the study found. Over half of those said student loan debt was a major factor in delaying their savings.

Student loan debt today averages nearly $30,000 – and seven in 10 graduates have loans they are repaying. Monthly payments range from a few hundred dollars a month to up to $1,000 a month for bigger loans, though many with higher loans have higher-paying professional salaries. The overall median income of today’s Millennial Generation is $35,000.

Some home buyers in Generation X, age 34-48, are also still feeling the impact of their college loans when it comes to saving for a down payment, though credit card debt weighs more heavily on their savings.

The primary consideration to both Millennial and Generation X home buyers is convenience to their jobs. Commuting costs are very important to the youngest age group.

The quality of the neighborhood is also important to the buyers of both generations, and the proximity to schools is a key point with Generation X.

More members of Gen X were affected by the real estate crisis, with 19 percent having to stall the sale of a home because their house was worth less than the mortgage. Among Millennials, 17 percent had to stall a home sale, and 10 percent of young Baby Boomers had the same problem.

Nearly one-fourth of young Baby Boomers, age 49 to 58, are moving to buy larger multi-generational houses as adult children have moved back home and they provide caretaking for aging parents.

About one-third of young Baby Boomers are single, and about one quarter own more than one home.

Older Boomers, age 59 to 67, are a transitory group, with about one-fourth selling their homes to move to another region, usually to be closer to friends or family as they retire. Many older home owners also downsize into smaller, more modern homes, avoiding property that requires renovation or heavy maintenance. More than one-fourth of this age group also owns investment or vacation property.

Members of the Silent Generation, age 68 to 88, are more often sellers than buyers as they downsize, move in with family or move into retirement living, although 18 percent buy a multi-generational home. Members of this generation are the most likely to pay cash for a home – 45 percent.