Unemployment in the United States was bad during the recession, but it might have been far worse had it not been for family businesses, a new study has found. 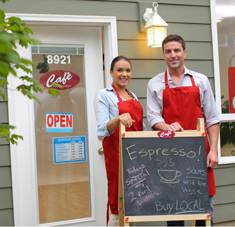 Family-owned businesses will go to more lengths to avoid laying off employees than larger, publicly traded companies, according to a study of family businesses by Grand Valley State University and Western Michigan University.

When anticipating reduced earnings, 86 percent of the 150-plus family businesses surveyed said they would most likely reduce distributions to owners before they would let any of their employees go.

More than half (58 percent) said they would reduce salaries to family members before they would lay off other employees.

Many family businesses see their unrelated employees as part of an extended family, and as such, feel a commitment to keep their employees working during difficult times. In addition, most employees of family businesses live and work in the same community, often small communities, where they can see the impact employment has on their neighbors.

Most family businesses are small. In fact, family-owned businesses account for nearly 90 percent of all businesses in the United States, according to the Small Business Administration.

Smaller family businesses also don’t have shareholders they have to answer to, although some of the nation’s largest companies are family businesses – Wal-Mart, Ford Motor Co., Motorola and Legos to name a few.

The study also found that only one in five of the family businesses surveyed have a formal, written succession plan in place, highlighting the need for more training of family business owners in the area of succession and estate planning.

While more devoted to their employees, family-owned businesses tended to invest less in research and development and don’t tend to have as much long-term focus as other businesses, the research discovered.

Another common trait of family businesses, the study found, is philanthropy. Philanthropy might come through business contributions or donation of a percentage of earnings.