The wealthy are more concerned about the less fortunate than some cynics might think, according to a recent study. 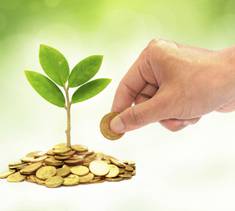 Two-thirds of nearly 1,000 high net worth individuals interviewed for PNC Wealth Management’s Wealth and Values Survey say they are concerned about economic inequality and donate to causes that focus on poverty and hunger. They are also supportive of scholarships and other educational opportunities for children of lower-income families.

More than nine in 10 made a financial contribution, volunteered or donated to a charitable cause during the past year, and two-thirds encouraged their children to do so.

And a majority (52 percent) prefer to donate anonymously, the survey found.

Asked what was most important to them, the wealthy individuals overwhelmingly said family, followed by financial affairs, interests/hobbies and travel. Political beliefs were named the least important.

The vast majority of those interviewed by PNC in an earlier survey said they accumulated their wealth by hard work and saving early and regularly. Just 12 percent inherited their wealth and 3 percent married someone with money.

Discipline to control spending and making smart investment choices were other actions that contributed most to financial success.

Although most of the wealthy individuals interviewed did not necessarily rely on financial advisors while they were accumulating their wealth, three-fourths of them now use professional advisers to help manage their wealth.

One area where wealthy people lack sufficient planning, according to a study by U.S. Trust on Wealth and Worth, is in supporting aging parents and adult children.

While nearly 60 percent of wealthy people have provided financial support to an adult member of their immediate or extended family other than their spouse, only 3 percent had a financial plan in place for it.