The high cost of inventory theft

When it comes to employee fraud, cash is by far the prime target. 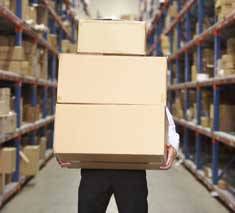 But inventory stolen from warehouses or showrooms accounts for about one in five thefts, according to the 2014 Report to the Nations on Occupational Fraud and Abuse by the Association of Certified Fraud Examiners.

And the median loss of noncash assets is one of the highest of any scheme – about $90,000 – showing that these crimes can cause a lot of financial damage quickly, the report said.

Those inventory losses might be higher except for the fact that theft of inventory is discovered faster than any other kind of theft – a median of 12 months. Many types of fraud take double that amount of time to discover, including check tampering, payroll fraud, billing, expense reimbursements and financial statement fraud, according to the fraud examiners report.

The theft of inventory is the No. 1 type of fraud committed in the warehousing and transportation industry, with one-third of businesses experiencing theft. Billing fraud and corruption were the next two most prevalent types of fraud.

In the manufacturing industry, more than one-third of businesses had experienced inventory theft, but more than one-half had been the victim of corruption schemes. The 2014 ACFE report was based on the analysis of 1,483 cases of occupational fraud.

The misappropriation of noncash assets is more commonly an act of collusion of two or more perpetrators, nearly one-third more often. Frequently, one of the thieves works for the company and the other is an outsider.

One of the key components of reducing warehouse theft is optimizing its layout by limiting the number of doors inventory can be taken through, as well as the proximity of dumpsters, containers, trucks, foliage and the parking lot where inventory can be easily hidden or quickly removed.