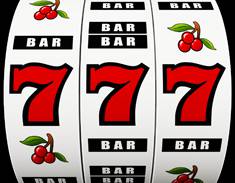 Every time the Mexican visitor to Nevada won more than $1,200 in a payoff, the slot machine locked up and the IRS collected its 30 percent, the amount nonresident aliens must pay.

This did not sit well with the millionaire from south of the border who made his millions in investments and a potato farming business.

Free-Pacheco went to court, claiming that his slot machine gambling was a business, and therefore he should be able to deduct his losses and other expenses from his winnings. (Enrique Free-Pacheco v. United States, United States Court of Federal Claims No. 12-121T, June 25, 2014)

Because the Mexican millionaire was a high roller and typically gambled on $100 or $200 slot machines, he was comped thousands of dollars in free hotel rooms, meals, shows, massages and other amenities for himself and his family, primarily at the Mirage, Bellagio and Wynn casinos.

The claims court decided that would continue to be the case. In a 65-page decision, the court found that Free-Pacheco’s activity “was not carried out with continuity and regularity, and (he) did not demonstrate a sufficient intent to generate a profit through his gambling.”

Some of the gambler’s testimony probably didn’t help.

Q. What did you do to make yourself a professional slot machine player?

A. I think I am a professional player because of the frequency I gamble and the amounts I bet.

Q. Was there anything else that you think makes yourself a professional slot machine player?

A. No, that’s all. The frequency and the amount I bet.

Q. Do you consider your trips to Las Vegas business or pleasure?

A. Well, business, but I have the hope that one day I’m going to win because I am a hunter, and it is said that who persists, gets the deer.

Q. And when you say you hope to win, how much money are you talking about?

A. Well, the more the better. I have seen jackpots of $20 million plus. I don’t want that much. I would be happy with 5, 10 percent of that.

The court found no evidence that he had conducted research or had a business plan or strategy for his gambling.

He said he had read one book on playing slot machines but “that was 25 years ago and I don’t even remember anymore what it said.“

He never attempted to figure a payout rate, profit or loss based on play from different machines.

He chose the slot machines to play on because “I would like the pictures they had on.”