U.S. employment grows along with its exports

When U.S. companies expand outside the country, it helps the employment rate at home. 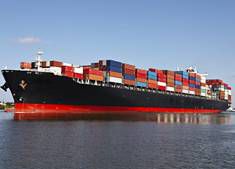 In fact, a record 11.7 million American jobs in 2014 were dependent on U.S. exports of goods and services, according to a new report from the U.S. Department of Commerce. Every $1 billion in U.S. exports supports nearly 5,800 jobs.

It isn’t only the companies that are exporting goods and services that have increased employment, a recent study by the Business Roundtable and U.S. Council for International Business found. Billions in goods and services are purchased through their supply chains from other U.S. companies, about one quarter of which are small businesses. Those businesses must also add staff to fill their orders.

Most goods and services are sold to Canada, $312 billion in 2014, followed by Mexico at $240 billion, according to U.S. Census Bureau figures.

Other countries that the United States has free trade agreements with that receive a major percentage of U.S. exports are South Korea, $44 billion; Singapore, $30 billion; Australia, nearly $27 billion; and Colombia, $20 billion. Chile, Israel, Panama and Peru round out the top 10 countries that are recipients of U.S. exports.

The seven industries that exported the most products in 2014, according to the Census Bureau, were:

About one-third of U.S. exports are services. In 2013, leading service exports reported by the U.S. Bureau of Economic Analysis were:

The United States is the world’s third largest exporter after China and the European Union. Overall, American imports in 2014 totaled more than $1.6 trillion, up 27 percent since 2010.