Top American manufacturers are intent on bringing production back to the United States from China, according to new research by Boston Consulting Group. 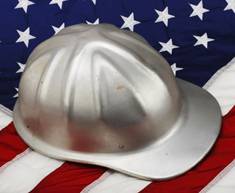 The study found a 24 percent increase among manufacturing executives who intend to bring production back home in the near future. Manufacturers that have already brought production back to the U.S. increased by 20 percent.

More than 250 manufacturing executives with companies that produce at least $1 billion in sales were surveyed in August 2014.

Many of the executives said factors other than labor costs make an important impact on production decisions. Better access to skilled labor is a key factor for moving operations to the United States, as well as shorter supply chains and lower shipping costs for goods sold in the United States.

“When companies take a holistic view, the U.S. increasingly comes out ahead, particularly if those products are to be consumed in the U.S.,” said Michael Zinser, who leads Boston Consulting’s manufacturing arm.

The investment by U.S. manufacturers in advanced technologies such as robotics, 3-D printing and digital manufacturing that bring down the costs of automation has also made the United States more competitive with products made in less developed countries.

In five years, the respondents to the study see the United States having an average 47 percent of their companies’ manufacturing production, with China having only 11 percent, a 21 percent reduction from today. U.S. manufacturers also see the share of the production they currently have in Mexico, Western Europe and Asia dropping.

Another finding in the study is that the United States has surpassed Mexico as the top country for new production facilities for goods to serve the U.S. market in the eyes of the large manufacturers, with the U.S. market rising to 27 percent over Mexico’s 24 percent.