Decades-old perceptions about which countries offer the lowest cost of manufacturing should be revisited considering changes in the global economy, according to new research by The Boston Consulting Group. 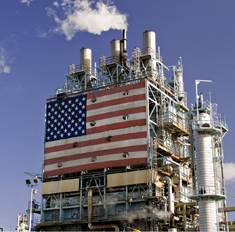 A number of countries that were leaders in manufacturing competitiveness 10 years ago have fallen to the back of the pack as increased energy costs, wage increases, unfavorable currency swings and lagging productivity have shifted the global order.

The costs of manufacturing in Mexico are now lower than China, the study found, and the United States has gained substantially in its ability to compete with China as China has dealt with rising wages and higher energy costs.

A major part of the resurgence in competitiveness of the U.S. market is the boom in U.S. shale production, which has reduced the price of natural gas and slowed the cost of electricity, the researchers found.

In addition, labor costs in China have skyrocketed by 187 percent since 2004, compared to 27 percent in the United States. The value of China’s currency has also risen more than 30 percent against the U.S. dollar over the past decade, making goods produced in China more expensive to foreign markets.

While the United States and Mexico recorded the biggest gains in competitiveness among the world’s top 25 exporting nations, Brazil – traditionally one of the lowest-cost countries for manufacturing production – has become one of the highest-cost countries because Brazilian factories did not improve efficiency enough to offset rising energy and labor costs.

Australia has higher manufacturing production costs than any other country, followed by a number of European countries including Switzerland, France, Italy, Belgium and Germany. Russia and Canada have also showed declines in cost competitiveness over the past decade.

While the United States and Mexico were the only two countries that had improved their competitive position in the past 10 years, several countries have held steady, including the United Kingdom, Netherlands, India and Indonesia.

The following manufacturing-cost index – based on the direct cost of manufacturing, including labor costs, energy costs, productivity growth and currency exchange rates – shows the level of competitiveness in the 25 major exporting countries.

Hourly wages of manufacturing workers in the 25 countries averaged $17.64, but the rates ranged from a high of $35.83 in Switzerland to a low of 29 cents an hour in Indonesia.

The United States leads the world in value of output per manufacturing worker, and Brazil is the least productive.

Russia has the lowest electricity and natural gas costs, while Italy and Switzerland have the highest, respectively.

In the index, Indonesia has the least expensive manufacturing costs overall, followed by India, Mexico and Thailand.

Of the 10 largest export economies, China remains in the top position, followed by the United States, South Korea and the United Kingdom.