UBIT: How it applies to debt-financed property 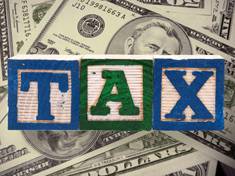 The tax law contains a number of exclusions, including for dividends, interest and rents from real property. However, when debt is incurred by an exempt organization to acquire an income-producing asset, UBIT is applicable to that portion of the income or gain that is debt-financed, with some exceptions.

This type of income is often referred to as unrelated debt-financed income (UDFI). Assets that are most commonly debt-financed are real properties, but could include stocks or other investments that were bought with borrowed funds, including through the use of “margin” accounts at a brokerage.

Assume an exempt organization owns a residential rental property that produces $25,000 of gross rental income per year. After allowable deductions, including depreciation, the property has a profit of $5,000. Also assume the property was purchased for $200,000 and paid for with cash of $40,000 and a bank mortgage for $160,000.

There are a number of exceptions to the debt-financed property rules, including:

When a tax-exempt organization invests in a partnership, it can have taxable UDFI under two scenarios.

Under either of these scenarios, there will taxable income unless one of the exclusions discussed above applies.