The beautiful Ritz-Carlton hotel in the French Quarter of New Orleans, opened in 2000, remains a nearly 17-year-old battleground between the hotel’s original developers and the U.S. Tax Court. 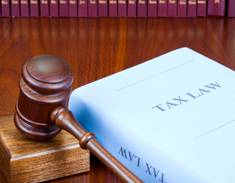 In the latest round of appeals this summer, the U.S. Court of Appeals, Fifth Circuit (June 13, 2014), sided with the Tax Court on the valuation, but denied a steep penalty the Tax Court had applied.

The Ritz-Carlton was renovated from the historic Maison Blanche building, built between 1907 and 1909 on New Orleans' Canal Street, and the Kress building next door. The Maison Blanche was on the National Register of Historic Places and was a designated city of New Orleans landmark.

Maison Blanche, which means “white house” in French, was purchased by the newly formed Whitehouse Hotel Limited Partnership in 1995, with plans to renovate the building into a Ritz-Carlton, condominium units and shops.

On Dec. 29, 1997, Whitehouse conveyed a historic conservation easement to the nonprofit organization Preservation Alliance of New Orleans, which placed a number of restrictions and obligations on the maintenance of the ornate terracotta facade of the building.

On its 1997 tax return, Whitehouse claimed a $7.445 million charitable contribution for the easement. The court battles soon began.

In 2003, the Tax Court issued a final adjustment notice, allowing a deduction of only $1.15 million for the easement.

The IRS commissioner further assessed a gross undervaluation penalty of 40 percent of the portion of underpayment of tax for that year.

Whitehouse challenged both the valuation of the easement and the penalty. The trial was held in 2006, but an opinion was not rendered until October 2008 (Whitehouse Hotel Ltd. Partnership v. Commissioner, 131 T.C. 112 (2008)).

The appraisal experts for both Whitehouse and the IRS were evaluated as well qualified, but they reached widely different pre- and post-easement valuations. They didn’t even agree on what property they were evaluating: The IRS expert did not consider the Kress building part of the valuation.

They also disagreed about the “highest and best use” of the property. The Whitehouse appraiser said the highest and best use was a 780-room, all-suite luxury hotel, with 60 of those rooms built atop the Kress building. The easement, the appraiser said, prohibited the addition to the Kress building because the new floors would impair sightlines to the easement.

In a 94-page opinion issued on Oct. 30, 2008, the Tax Court determined that the replacement cost and income methods were not appropriate and that there was no difference in the highest and best use before and after the conveyance of the easement because the easement did not prevent building rooms atop the Kress.

If a taxpayer overstates a deduction by more than 400 percent, a penalty of 40 percent of the underpayment may be charged as a penalty for “a gross misstatement.” The Tax Court upheld the penalty, denying that the deduction was made in good faith based on a qualified appraisal and an investigation of the easement’s value.

The Tax Court this time reapplied its price-per-square-foot comparable sales method but added in the Kress building square footage. This time, the pre-easement value was calculated to be $12,473,236, and the post-easement $10,615,520, giving the easement a value of $1,857,716 – an overstatement of 401 percent. The enforcement penalty stayed in effect because the Tax Court said Whitehouse had not presented evidence that an investigation had been undertaken in good faith.

In the 2014 decision this summer, the Court of Appeals upheld the Tax Court’s second valuation, ruling that it did not err in rejecting the reproduction cost and income valuation methods.

But as far as the undervaluation penalty and good-faith defense, the Court of Appeals found in favor of Whitehouse, which had hired two appraisals done in 1997. The Tax Court rejected them.

“When an accountant or attorney advises a taxpayer on a matter of tax law, such as whether a liability exists, it is reasonable for a taxpayer to rely on that advice,” the Court of Appeals said. “We conclude that the Tax Court imposed an excessively high standard of proof for actual reliance on the advice of competent tax professionals.”

The Court of Appeals said it was particularly persuaded by Whitehouse’s argument that the commissioner, the commissioner’s expert and the Tax Court all reached different conclusions on the value. It ruled that the Tax Court clearly erred in applying the penalty. (Whitehouse Hotel Limited partnership, U.S. Court of Appeals, Fifth Circuit, (June 13, 2014).