Physicians should mark their calendars for April and May. That is the time to review and, if necessary, dispute payment information contained in the controversial Open Payments database. 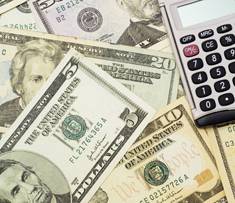 Drug, device, biological and medical supply manufacturers, and group purchasing organizations have through March 31 to submit data to the federal database about payments and other transfers of value they made to physicians and teaching hospitals during 2014.

A “correction” period for manufacturers is expected to run from May through June, with the 2014 data to be published June 30, 2015.

The launch of the database last fall was plagued by glitches, including complaints that data submitted by manufacturers were intermingled, which required the Centers for Medicare & Medicaid Services (CMS) to shut the database down during the vetting period to provide a fix.

However, 1.7 million records totaling $2.2 billion did not include the names of the physicians or hospitals who received payments. The names were omitted because the records had not been available for review and dispute for 45 days, or they were not matched by CMS to a single doctor or teaching hospital because of missing or inconsistent information within the submitted records. The information is expected to be published on June 30, 2015.

The question is whether the debacle of last year will be repeated. CMS certainly hopes not. The agency has been working to address the many complaints of critics who pointed to the difficulty in navigating the system and the lack of context in which the data were presented.

A beta release of the search tool at www.openpaymentsdata.cms.gov enables a user to search identifiable data by name, city, state and specialty. It provides summary information covering total general, research and invested transactions, the number of transactions for each and their values. Upcoming versions will include the ability to search de-identified data.

Last year, only 4.8 percent of physicians vetted the information published on them in the Open Payments database. The American Medical Association and other medical associations strongly suggest physicians review the data published about them and dispute any erroneous information.

Physicians must register to see information before it is published and have an opportunity to dispute it if necessary. For information on how to register, go to www.cms.gov/OpenPayments/Program-Participants/Physicians-and-Teaching-Hospitals/Registration.html.

A free mobile application (Open Payments Mobile for Physicians) is available to help track payments received from manufacturers and GPOs.

The app is a simple, easy-to-use tool to track payments and transfers of value in real time on your own phone. The app does not interact with CMS systems or contractors and cannot be used directly for data reporting to CMS.

But by tracking payments, physicians can verify the information reported in the database and ensure its accuracy. The app can be downloaded at the Google Play app store or iOS Apple app store. Search for “Open Payments Mobile for Physicians.”