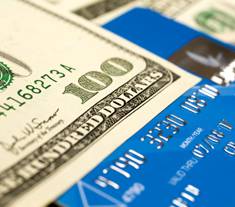 What is the preferred cash-back program of the nation’s wealthiest when it comes to credit card rewards?

Give them cash any day of the week, according to a new survey of 800 wealthy individuals by CreditCards.com.

Apparently, the wealthy are wealthy for a reason. Most are always on the lookout for ways to save money.

Nearly two-thirds of wealthy respondents said they would take the cash, which for most credit cards adds up to between 1 and 2 percent of purchases.

For instance, the average cardholder with Fidelity Investment Rewards program received about $1,500 over a year’s time on average spending of $75,000 in 2014, according to CreditCards.com.

Following far behind cash in the survey were frequent flyer miles (22 percent), free hotel stays (7 percent) and other perks, including concierge services, airport lounges and access to special events (less than 1 percent).

Older people were also more likely to choose airline miles than younger cardholders. One-quarter of cardholders aged 60 or older opted for frequent flier miles, while only 14 percent of those aged 18 to 44 did.

The study also found that women are more likely to favor cash rewards than men – 67 percent to 56 percent.