What today's audit comittees need to know about taxes 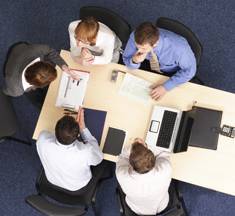 Audit committees would often hold brief quarterly meetings in conjunction with regular board meetings. The responsibilities of the audit committee were often nothing more than approving the work plan for the external auditor and a perfunctory review of year-end reports and internal audit activities.

However, with the passage of the Sarbanes Oxley Act of 2002, the role of audit committees changed dramatically. Today’s audit committee is heavily involved in oversight of all aspects of the company’s financial operations.

The area of taxation is often not specifically listed, but it can be assumed to be under the oversight of the audit committee. Taxes are a part of the financial reporting process but may be housed apart from financial accounting as a part of the tax department.

Tax risk should be a paramount issue for the audit committee. At least four sources of tax risk have been identified.

Taxes paid by large corporations have become a matter of scrutiny by government, the media, watchdog agencies and the individual citizen. If a corporation is seen as not paying its “fair share” of taxes, negative publicity may result.

This can affect the company’s reputation and its shareholder value. For example, one well-known bank recently reported earnings of $3.1 billion on revenues of $75.2 billion and an income tax of a negative $1.1 billion. This was not well received when it became public knowledge.

BEPS means “base erosion and profit shifting.” It is a concern for companies operating internationally. The concern is that the current international tax standards in some countries may not have kept pace with today’s global business practices.

When there is a disparity between the tax laws of different countries, companies have an opportunity to escape or minimize taxation by shifting profits across borders. This enables companies to take advantage of tax rates lower than countries in which the profit is actually earned.

Three popular methods of shifting profits include hybrid mismatches, special-purpose entities (SPE) and transfer pricing. In 2013, the Organisation for Economic Co-operation and Development (OECD) issued an action plan to deal with this problem.

Many of these actions are already driving change. Companies must be aware of developments in this area because the impact on a particular company can be substantial.

Related to BEPS is the third risk – legislative risk. As pressure mounts for tax reform, there could be significant changes in domestic as well as international tax laws.

The tax department should attempt to “read the tea leaves” and keep management and the audit committee apprised of any tax changes that occur or are anticipated. This will enable the company to adapt and be prepared for changes when they occur.

The fourth risk is that of compliance, or enforcement, risk. While some would list these separately, they are intertwined.

The difficulty here is that the application of the law may not be totally clear, leaving room for interpretation. How a particular company interprets the applicability of law to its situation can increase or decrease its compliance risk.

Audit committees must to do more than be aware of these particular tax risks. They need to act to ensure that the company is doing what it can to minimize these risks.

The audit committee should: