Retired residents of the District of Columbia and Nevada appear to be living at standards closer to their preretirement days than retirees in other states – while those in Massachusetts and North Dakota are coming up the shortest. 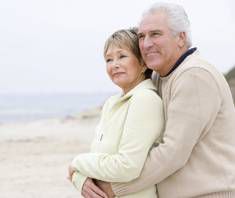 That’s according to U.S. Census Bureau statistics which found that retirees in the District of Columbia earn 73.8 percent of their preretirement income, and Nevada retirees earn 70.8 percent.

In Massachusetts, on the other hand, retired residents live on a median 48.7 percent of their pre-retirement income ($82,112 pre-retirement to $40,020 in retirement), the biggest percentage drop of any state in the country.

Most retirees will need 70 percent of the income they made while they were working in retirement, and low income workers typically need more – often at least 90 percent, according to estimates by the U.S. Department of Labor.

The national average percentage of their pre-retirement income that retirees earn is 59 percent. That’s a median income of $37,847 in retirement compared to $63,474 while they were working.

It’s not surprising that the states that attract most retirees have higher retirement income percentages. According to a study by Boston Consulting Group, the divide between what the rich and the poor can expect in retirement continues to widen.

Perhaps the most unsettling statistic of all is that more than 40 percent of Americans in the 50 to 59 age group are not currently saving at all for retirement, according to a recent Wells Fargo study. Nearly half of the respondents over age 50 say they won’t have enough money to survive in retirement.