Which states are most - and least - small business friendly?

Although small businesses are vital to the economy – and create the most jobs – stringent regulations and extensive red tape often hamper business operations. 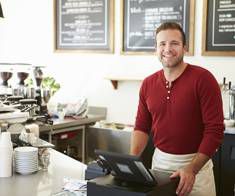 To bring awareness to this concern and influence creation of business-friendly policies, the Ewing Marion Kauffman Foundation conducts an annual business survey in partnership with Thumbtack, an online marketing firm.

More than 12,000 entrepreneurs participated in the 2014 survey. These enterprises were slightly younger when compared to the general business population, but a higher percentage had employees.

Since regulations are such a hot button for small business, the survey asks respondents to rank “how friendly” their state government is in regards to various regulations. These included licensing, zoning, hiring, paying taxes, and health, safety, and environmental requirements.

Not surprisingly, state results were very similar in response to a specific question about ease of meeting tax codes.

Ease of hiring an employee

With job creation on everyone’s minds, it’s surprising that some states make hiring and compliance a difficult process. Fortunately, some simplify requirements in the interests of spurring business growth.

The study combines three questions to calculate scores for the overall business environment:

1. “In general, how would you rate your state government’s support of small business owners?”

2. “Would you discourage or encourage someone from starting a new business where you live?”

3. “How difficult or easy is it to start a business where you live?”

For full results of the survey, visit Thumbtack at http://www.thumbtack.com/survey#/2014/9/states.