During the past three years, the IRS has collected more than $1 billion as a result of whistleblower tips. 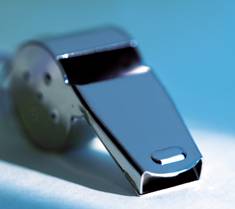 And the informants who blew the whistle earned more than $186 million in rewards. Informants often are former spouses or fired employees.

Informants have been turning in tax cheats since the 1800s. But the program became formalized in 2006 when the IRS Whistleblower Office was created and awards became less discretionary. In August, more guidance was released by the Treasury Department on who is eligible for rewards, the amount of the awards, how to file claims and other procedures regulating the scope of the program.

For informants who give the IRS solid, credible information – not “educated guesses” – that result in collection, two types of rewards are available:

The threshold requirement for any award is that the information must lead to judicial or administrative action – an audit or investigation resulting in the collection of proceeds.

“Average taxpayers who play by the rules must be confident that corporations and wealthy individuals cannot avoid paying their fair share of tax through the creation and use of complicated financial structures that exploit the tax law,” says IRS Commissioner John Koskinen.

“Looking to the future, the IRS must do everything possible to strengthen the Whistleblower Program and build on the progress already made in implementing the law, while remaining mindful of the need to protect taxpayer rights.”

Not eligible for whistleblower rewards are employees of the Treasury Department and any federal, state or local government agency acting within the scope of their employment, or individuals who obtain the information while acting in an official capacity.

To file a whistleblower claim, mail Form 211 to:

To see all of the requirements and new rules concerning whistleblower regulations, see IRC Section 7623.