Unfortunately, the busiest and most profitable time of the year for retailers also attracts more than eager shoppers. 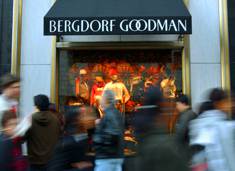 Fraudsters, scammers and crooks ramp up their activities, seeking to skim a percentage of free-flowing dollars into their own pockets. This season likely won’t be an exception.

Holiday sales are predicted to rise, with the National Retail Federation reporting that consumers will spend an average of $805.65, up slightly from last year’s average of $802.45.

Online shopping is also growing, and consumers plan to do almost half of their buying through e-commerce. Almost one quarter of shoppers will use mobile devices to make purchases. In addition, gift cards are a perennial favorite of holiday buyers, with 80 percent buying at least one.

With the increased volume during the holiday months, many retailers loosen security procedures in the interests of speedy transaction processing. With long lines and busy websites, it’s easy to skip critical steps while serving impatient customers. This opens the door for error and criminal opportunity.

One of the most lucrative areas for scammers is also the simplest – return fraud. While stores are jammed with shoppers exchanging or returning gifts, it can be tempting for employees to skip steps or allow people with no receipts to return items.

Nearly 5 percent of returns are fraudulent – sometimes the result of shoplifting, counterfeit receipts, price changing or collusion with an employee. Employees can also be involved in false return fraud by ringing up a fake return and pocketing the cash. With inventory in flux, it’s simple for returned inventory to go missing and the discrepancy not to be noticed until a physical count is carried out.

The new EMV, or chip-embedded smart card technology, rolled out in October 2015 is expected to discourage use of counterfeit cards at point of sale. EMV uses another level of verification to prove the card presented is authentic. Since major credit card companies are already issuing EMV-enabled cards, the main concern is retailer readiness. While 40 percent of major retailers have installed the upgraded card readers, smaller companies are lagging. Because increased liability for fraudulent transactions is concurrently shifting to the merchant, companies are put in a precarious position if they accept stolen cards.

Even with use of the chip, thieves may try to garner account information from confused customers unfamiliar with EMV. This situation happened in Europe when the technology was introduced.

Magnetic stripe skimmers won’t go away, since EMV doesn’t address online fraud. Experts are predicting a huge shift to “customer-not-present” fraud in the wake of EMV, as seen in Europe. Weeding out fraudulent orders from real customers is a balancing act.

Extra verifications are used to ensure the customer is the authorized user of the account. At the same time, too many steps can be an annoyance. Sometimes valid purchasers aren’t allowed to process their order, which obviously isn’t good for customer relationships.

To successfully combat fraud rather than be overwhelmed by it, it’s first important to identify where the operation is weak. Where are the majority of frauds occurring? These can then be ranked and prioritized according to risk. For some merchants, fraud can total several percent of sales, a direct hit to the bottom line.

In addition to the thefts and charge-backs that occur, it is important to measure the number of fraud attempts. How many times was fraud stopped, either in person or online?

Sometimes a legitimate customer gets caught in the net, so to speak, and those occurrences should be noted. It’s useful to know when and where criminals are attempting to steal from you and areas where new loopholes might be found in the future. In addition, if you’re catching too many good customers in the fraud prevention net, then perhaps different protocols need to be implemented. This situation can deter future purchases.

Educating customers about why security measures are needed and expressing commitment to safeguarding their information can transform a difficult situation into an opportunity for greater loyalty and retention.

It’s a challenge to implement fraud prevention procedures that work effectively while keeping transactions moving smoothly. However, in today’s marketplace, fraud isn’t a maybe, it’s a given, especially during the busiest time of the year.