Younger buyers not house-shopping as much

Who are the typical homebuyers of 2014 – and where are they buying? 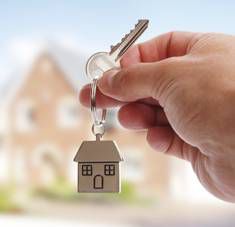 Half buy a home in the suburbs, while 20 percent buy in a small town, 16 percent in urban centers and 11 percent in a rural area.

The typical purchase is a three-bedroom/two-bath house with 1,870 square feet built in 1993, according to the 2014 Profile of Home Buyers and Sellers recently released by the National Association of Realtors. Four out of five purchasers bought a single-family detached home.

The median age of buyers is 44 – older than in past years – with $84,500 in household income. Of the buyers, 65 percent were married, 16 percent single females, 9 percent single males and 8 percent unmarried couples.

“Rising rents and repaying student loan debt makes saving for a down payment more difficult, especially for young adults who’ve experienced limited job prospects and flat wage growth since entering the workforce,” said NAR chief economist Lawrence Yun. “Adding more bumps in the road is that those finally in a position to buy have had to overcome low inventory levels in their price range, competition from investors, tight credit conditions and high mortgage insurance premiums.”

Also adding to the obstacles for young homebuyers is the mortgage process, which nearly half found was “much more or somewhat more difficult than expected,” according to NAR surveys.

Typical home sellers in 2014 were 54 years old and had been in their home a median 10 years – a new high for home tenure. Many wanted to move sooner but couldn’t because of reduced home values brought on by the recession.

Sellers realized a median equity gain of $30,100 in 2014, a 17 percent increase over the previous year. The median time on the market dropped to four weeks from five weeks the year before.

For-sale-by-owner transactions accounted for just 9 percent of all sales, equaling the record low in 2013, 2012 and 2010. The record high was 20 percent in 1987. More than 88 percent of homes were sold by real estate agents.