The right entity choice: Should you convert from a C to an S corporation?

As internal and external factors change with your business, you’ll want to reevaluate whether or not you should convert your entity choice. 415 Group partner Ray Maynard, CPA, explains some things you should consider when deciding to convert from a C to an S corporation and vice versa.

By
Raymond A. Maynard
CPA 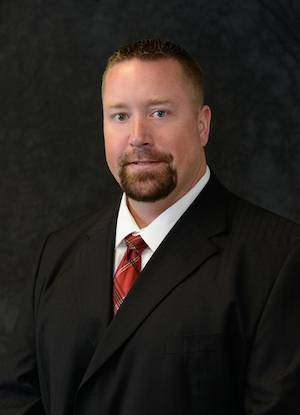 The biggest difference between a C corporation and an S corporation is when taxes are paid. Since a C corporation is not a passthrough entity, it typically has double taxation in order to get cash to the owner(s) of the business. The corporation pays tax on its income and, when a dividend is paid, the individuals receiving a dividend pay taxes on that income again. However, when an S corporation has earnings, the income passes through to the shareholder’s tax returns. The income is not typically taxed at the corporate level and is only taxed at the shareholder level.

There are other differences between the two—such as how many shareholders each are allowed—but the level at which taxes are paid will typically be the biggest factor in converting from a C to an S corporation or the other way around.

As a general rule, if you want to leave all the money in the company to pay down debt or make capital expenditures, choosing a C corporation can be the best way to go. This is due to the fact that the corporate tax rate can be lower. By leaving cash in the company, the income will only be taxed once. If the corporation then pays a dividend, the money will be taxed again at the shareholder level (double taxation). However, if you want to take substantially all the money out (because you have little debt and/or a lot of capital), an S corporation would often be the better decision. This income is only taxed once at the shareholder level (single taxation).

These examples are the two ends of the spectrum, with most businesses landing somewhere in the middle. Calculations can be tricky, so it’s best to work with an accounting firm who can help you decide.

The main issue to keep in mind is the future cashflow needs of your business. If you need the cash to pay down debt, you’ll typically want to be a C corporation. If not, you can choose an S corporation—you’ll pay tax at individual rates, but you’ll avoid the double taxation that a C corporation is subjected to.

Some businesses start as a C corporation, convert to an S corporation, and wind up converting back to a C corporation. The entity type should be reassessed as tax rates change and when the cashflow needs of the business or owner change. An accounting firm that works closely with their clients will typically keep these scenarios in mind.

It is important for a business to stay actively involved with their CPA. If you know you’re going to have a changing event, it’s better to ask your CPA about converting your entity type before an issue occurs. It can be handled after the fact, but its effectiveness could be delayed. You should not talk to your accountant only when it comes time for annual taxes. Instead, stay in open communication with them so you can consider the tax ramifications of converting your entity type before the event happens.

If you have questions about converting entity choices, contact us today.

The best choice of entity can affect your business in several ways, including the amount of your tax bill. In some cases, businesses decide to switch from one entity type to another. Although S corporations can provide substantial tax benefits over C corporations in some circumstances, there are potentially costly tax issues that you should assess before making the decision to convert from a C corporation to an S corporation.

Here are four issues to consider:

1. LIFO inventories. C corporations that use last-in, first-out (LIFO) inventories must pay tax on the benefits they derived by using LIFO if they convert to S corporations. The tax can be spread over four years. This cost must be weighed against the potential tax gains from converting to S status.

3. Passive income. S corporations that were formerly C corporations are subject to a special tax. It kicks in if their passive investment income (including dividends, interest, rents, royalties, and stock sale gains) exceeds 25% of their gross receipts, and the S corporation has accumulated earnings and profits carried over from its C corporation years. If that tax is owed for three consecutive years, the corporation’s election to be an S corporation terminates. You can avoid the tax by distributing the accumulated earnings and profits, which would be taxable to shareholders. Or you might want to avoid the tax by limiting the amount of passive income.

4. Unused losses. If your C corporation has unused net operating losses, they can’t be used to offset its income as an S corporation and can’t be passed through to shareholders. If the losses can’t be carried back to an earlier C corporation year, it will be necessary to weigh the cost of giving up the losses against the tax savings expected to be generated by the switch to S status.

When a business switches from C to S status, these are only some of the factors to consider. For example, shareholder-employees of S corporations can’t get all of the tax-free fringe benefits that are available with a C corporation. And there may be issues for shareholders who have outstanding loans from their qualified plans. These factors have to be taken into account in order to understand the implications of converting from C to S status.

If you’re interested in an entity conversion, contact us. We can explain what your options are, how they’ll affect your tax bill and some possible strategies you can use to minimize taxes.