The first federal jury conviction under the Economic Espionage Act of 1996 came down earlier this year in a case that centered on stealing trade secrets from E.I. DuPont Co. and selling them to state-owned companies in China. 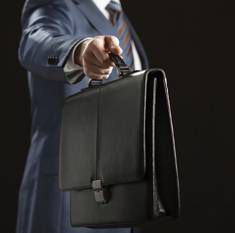 A San Francisco court sentenced Walter Lian-Heen Liew, 56, of Walnut Creek, Calif., to the maximum 15 years in prison. The court also ordered him to forfeit $27.8 million in illegal profits and pay $511,667 in restitution.

“The theft of America’s trade secrets for the benefit of a foreign government poses a substantial threat to our economic and national security,” said Acting Assistant Attorney General John Carlin. “[The] verdict clearly demonstrates that we take this threat seriously. This case shows that we will not hesitate to pursue and prosecute those who steal from American businesses.”

The theft involved the process for producing titanium dioxide, which is used as a whitener in paints, food products and cosmetics. DuPont is the leading producer in the $12 billion worldwide titanium dioxide market, according to the Federal Bureau of Investigation, which investigated the case. The Chinese companies planned to develop a large-scale factory to produce titanium dioxide.

Liew’s company, USA Performance Technology, hired a team of former DuPont employees, led by engineer Robert Maegerle of Delaware, who had detailed knowledge of DuPont’s titanium dioxide process, to obtain the trade secrets. Maegerle, 78, an engineer with the Wilmington, Delaware-based DuPont from 1956 to 1991, was also found guilty of conspiracy to commit theft of trade secrets.

Liew received millions of dollars for the technology from the Pangang Group companies in China. In addition to his conviction for economic espionage, he was also found guilty of tax evasion, bankruptcy fraud, witness tampering, obstruction of justice and other charges.

Liew’s wife, Christina Hong Qiao Liew, was also charged with conspiracy to commit economic espionage, making false statements and other charges. Charges are also pending against four state-owned Chinese companies, as well as a vice director with the Pangang Group.

The Economic Espionage Act was passed by Congress in 1996 to make the theft of trade secrets a federal crime. Six previous cases prosecuted under the act resulted in settlements before trial.

The first conviction under the act was of Dongfan Chung, a longtime engineer with Rockwell International and later Boeing, for stealing trade secrets related to the U.S. Space Shuttle program and military weaponry from Boeing and selling them to China. He was convicted by a judge rather than a jury and was sentenced to 15 year in prison in 2010 at age 74.

“The battle against economic espionage has become one of the FBI’s main fronts in its efforts to protect U.S. national security in the 21st century,” said Special Agent in Charge David Johnson.